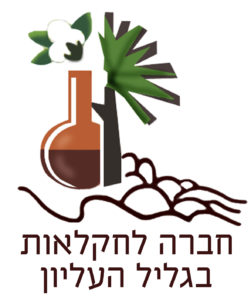 The Upper Galilee Regional Council as a limited Company, a municipality holding company, established the Agricultural Company in 1988. By law, it serves as an agricultural committee of the Council and is partially budgeted by the Council.

Activities with the farmers for the farmers: (i) The Galilee Agricultural Company maintains ongoing contact with the farmer, not only representing them but also listening to their needs, (ii) During the year there are many workshops, discussions and open days that enable the Company to represent the farmers appropriately, (iii) The Company is in charge of the  Committees of farmers.

The company, as a delegate of the Upper Galilee regional Council, will be involved in both supporting the implementation of the ideas developed in the project, as well as helping farmers in the Galilee in the implementation stages. It is involved in developing the strategy for agriculture in the Galilee and can implement in the Experimental farms it own the ideas to be presented in the project.